After some thirty years of hostility, the United States Secretary of State and the Iranian Foreign Minister have managed to finally evolve nuclear talks into diplomatic walks along the streets of Geneva. At the same time, a specialty coffee delegate, an Iranian barista, will be traveling to Seattle, to represent Iran for the first time at the 2015 World Barista Championship.

The first round of the Islamic Republic Of Iran Barista Championship (IRIBC) was held in snowy uptown Tehran, but the finals took place at Kish Island—a free trade zone in the Persian Gulf—where warmer beach weather awaited the finalists. Out of more than 100 baristas who registered for the championship, 36 actually had the chance to compete over the three days of the first round, with the goal of finding the final 13 baristas to go to Kish Island for this next round. The championship attracted coffee enthusiasts as well as ordinary people from all over Iran.

At Tehran airport, I met with many baristas who were carrying their own coffee gadgets and machines to Kish Island to make their signature drinks happen. Thirteen baristas—a lucky number?—arrived with the dream of competing at the WBC in their head, and six finalists would soon be ready to impress the judges with their skills and creativity in the finals. The pool of judges, calibrated and trained by international head judge Danilo Lodi, included 2014 United States Barista Champion Laila Ghambari, and Germany-based Iranian barista mentor Arash Mortazavi Tabatabay, returning to Iran for the first time in twenty years just to judge at the championships.

After three exciting days, the Bandar-Abbas based barista Mehran Mohammad Nezhad was announced as the first IRIBC champion. This victory by a barista from a non-capital city was both surprising and heartwarming for many coffee enthusiasts and baristas who had also come from smaller towns. Mohammad Nezhad, who had been participating in open barista competitions in Tehran for years, was ranked sixth among the finalists of the first open Iranian Barista Coffee Championship in 2013. After that experience, he decided to close down his small cafe in Bandar-Abbas, stay in Tehran for a while, and dedicate himself to practicing for the IRIBC.

From day one of the championship, Mohammad Nezhad seemed like the most determined participant of all, with an attitude that was reminiscent of Germany’s focus every time they play in the football World Cup. “I spent months at home, preparing myself for IRIBC. I worked face to face with mannequins who were supposed to simulate the judges, practicing the art of presentation, and training myself how to maintain eye contact and impress them.” Mehran says. “I spent three days sending e-mails to my friends all over the world to see if anyone could help me come up with the right coffee to make for the big occasion.”

In the end, Mehran followed the advice of 2014 World Brewers Cup runner-up, Rubens Gardelli, by selecting Kenyan Gikirima for his coffee. Knowing that finding specialty coffee is very difficult in Iran, Mehran was lucky enough to receive Rubens’ generous gift of a few kilos of specialty coffee. Mehran used Kenyan Gikirima for all of the three categories (espresso, cappuccino, and signature drink). And for that all-important signature drink, he mixed thinned wild honey and grapefruit juice with six shots of espresso before pouring the mixture through 20 grams of coarse ground coffee using an AeroPress. The final drink evoked traces of black grapes in an intensified expression of his Kenyan coffee, alongside grapefruit and honey.

Mohammad Nezhad is now preparing himself for the WBC in April. Laila Ghambari will be his personal trainer and mentor in Seattle. His trip to Seattle is being partially sponsored by the Iranian Barista Guild and a number of coffee corporations. However, this still leaves him with the bigger challenge of getting a visa in such short time.

Many Iranian baristas are placing their hopes in Mehran Mohammad Nezhad at the 2015 WBC. As a result, he has one extra problem to tackle—he has to prepare himself to be a good representative for all the baristas that will anxiously cheer for Iran’s first WBC contestant from the opposite side of the globe. Despite all the challenges he will face, he is determined and hopeful to perform his best in the US. He will, inadvertently or not, be yet another peace delegate: using coffee as an vessel to bring the US and Iran closer in a time when the two countries have never been so hopeful for a long-awaited nuclear agreement.

Safa Haratian is a Tehran-based journalist and the founder of iCoff.ee, a leading Iranian coffee publication. Read more Safa Haratian on Sprudge. 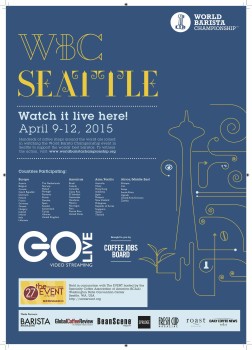 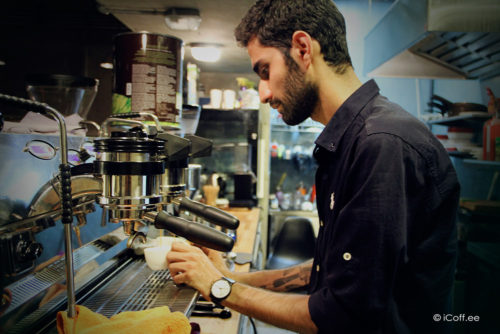 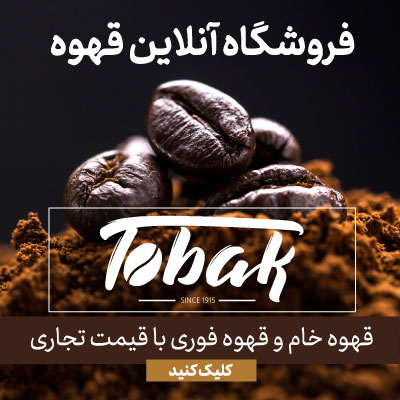 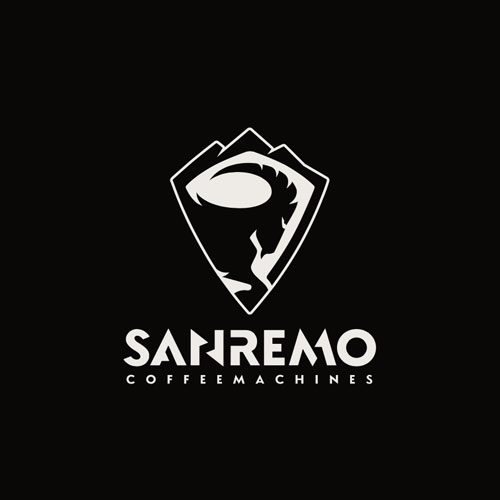 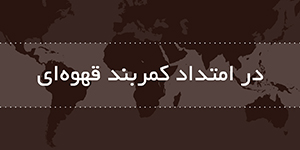